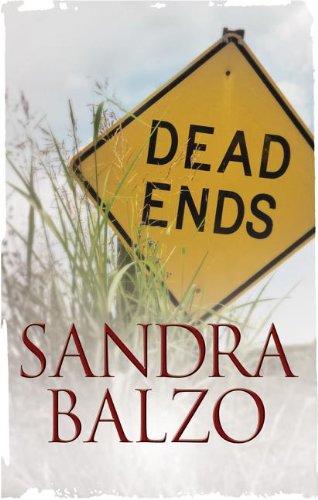 Book Description
The second title in the ‘Main Street’ series – a blast from the past has deadly consequences for the small town of Sutherton . . . - Fall arrives early in the High Country of North Carolina, but journalist AnnaLise Griggs is more concerned about one particular trio of visitors: Benjamin Rosewood, his wife Tanja, and their daughter, Suzanne, especially as AnnaLise and Ben have history. When two sudden and unexpected deaths occur, AnnaLise must protect herself and the place she loves as she is forced to confront how far a person might go to get – and keep – what they believe should be their own.

EDITORIAL REVIEWS
“Near the start of Balzo’s well-crafted second mystery featuring Wisconsin reporter AnnaLise Griggs (after 2011’s Running on Empty), AnnaLise is in Sutherton, N.C., where she’s been looking after her ailing mother. She’s surprised and embarrassed by the arrival of her former lover, Benjamin Rosewood, the DA of Urban County, Wis., and his wife, Tanja, and their teenage daughter, Suzanne. Ashamed of her dangerous liaison, AnnaLise tries to avoid Rosewood, but is drawn to him after Tanja dies in a terrible car accident on Sutherton Mountain. When one tragedy follows another, AnnaLise finds herself in the middle of a tightening web of deadly intrigue—and at the top of police chief Chuck Greystone’s suspect list. The well-drawn North Carolina setting is integral not only to the plot but also perhaps to AnnaLise’s most endearing quality—her abject terror of the area’s narrow mountain roads, full of crazy switchbacks and heart-stopping overhangs.” - Publishers Weekly

Update Required!
To play the media you will need to update your browser to a recent version or install flash.
Want to read it now?

Never grind frozen beans. Let them thaw for a minute prior grinding to prevent burning the beans with the grinder.