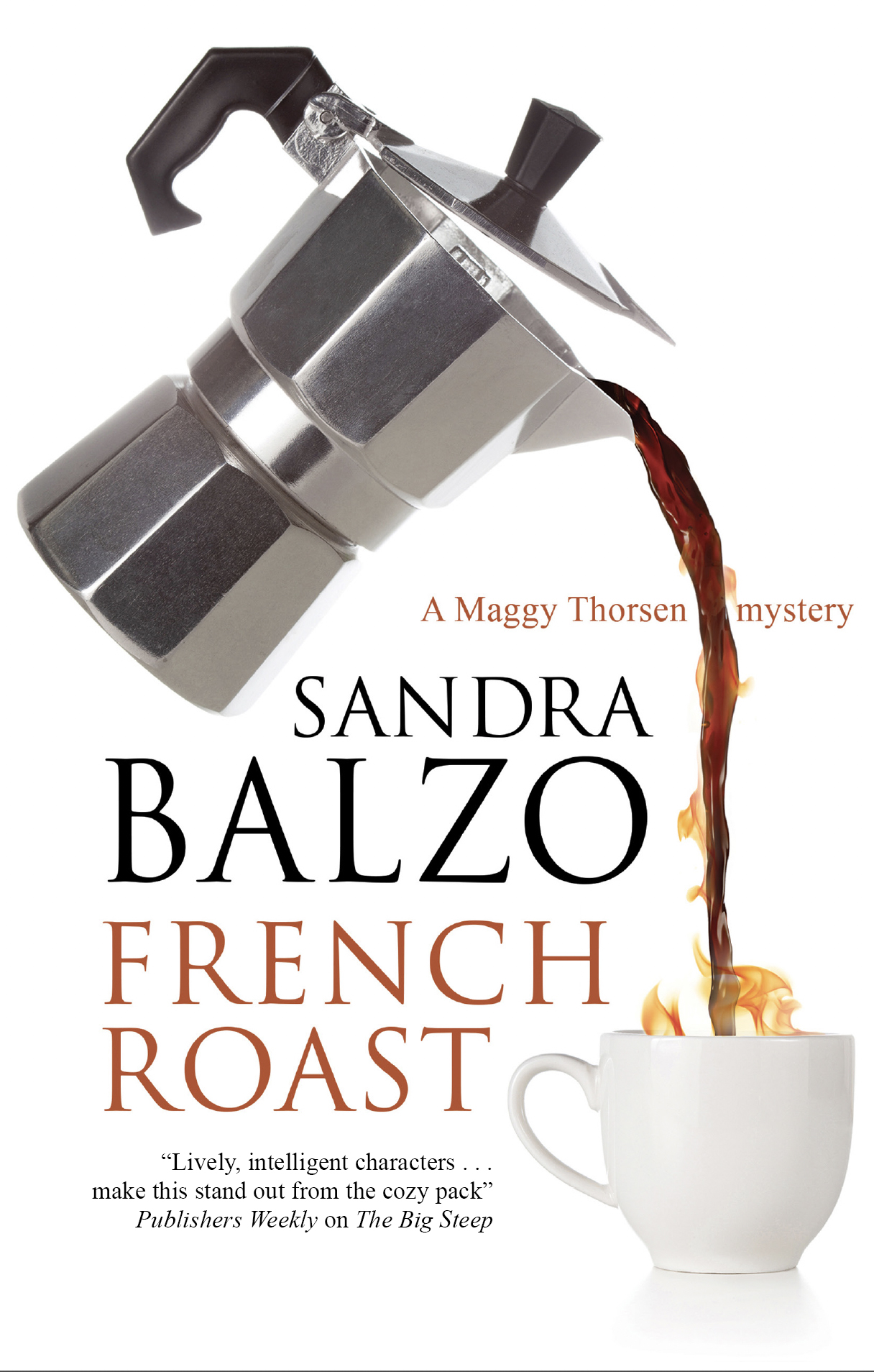 In Balzo’s entertaining 15th Maggy Thorsen mystery (after The Big Steep), Maggy, co-owner of the Uncommon Grounds coffeehouse in Brookhills, Wis., must deal with complicated and ultimately dangerous liaisons involving her friends and family. Primary among these is the one between Maggy’s distant cousin Jacques Oui, owner of Brookhills’s upscale market, and coffeehouse barista Amy Caprese. The two seem on the verge of marriage until Paulette Badeux arrives in town from Paris, claiming to be Jacques’s long-lost wife. Within days, Jacques’s market is set on fire. The charred remains of two bodies are found in the smoldering rubble, their identities uncertain. Later, Maggy, whose snarky business partner, Sarah Kingston, refers to her as the corpse-stumbler, does indeed come upon a third body. Are the deaths related? Do they share a motive? Suspects and potential motives abound. One of this series’ many strengths is the anxiety-free rapport between Maggy and her beau, Sheriff Jake Pavlik. He respects Maggy’s investigative skills and even encourages her participation. Vividly drawn characters and dialogue crackling with wit propel the fair-play plot. Readers will hope Maggy has a long run. Agent: Nancy Yost, Nancy Yost Literary. (Dec.)  --Publisher's Weekly