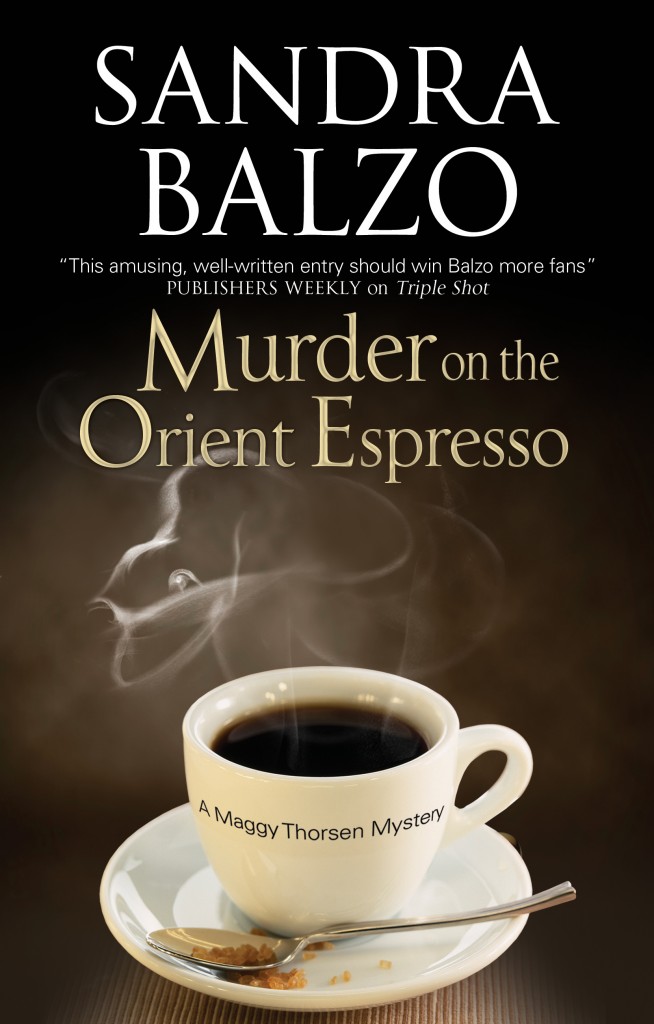 NEW BOOK URDER ON THE ORIENT ESPRESSO OUT THIS DECEMBER

The eighth book in my Wisconsin-based Maggy Thorsen Mysteries, Murder on the Orient Espresso, will be out December 1st (August 30 in the UK). MotOE is set in South Florida, where Maggy’s main squeeze, Sheriff Jake Pavlik, has been invited to speak at a mystery writer’s conference. Maggy is hoping for a romantic weekend, but instead is whisked away to the opening night event, an re-enactment of Agatha Christie’s Murder on the Orient Express. As Maggy and Jake reluctantly set off on the night train to the Everglades to solve the “crime,” it’s clear that, as in the original novel, nothing is quite what it seems. Or, as the jacket copy puts it: Amidst rumors of careers taken, manuscripts stolen and vows broken, it seems that in the Everglades – as in life – the predator all too often becomes the prey. Coming December 1, 2013 from Severn House . . . December–just in time for Christmas! In the meantime, there’s a drawing on Goodreads for advance review copies, if you’d like a sneak peek. Enter Here!